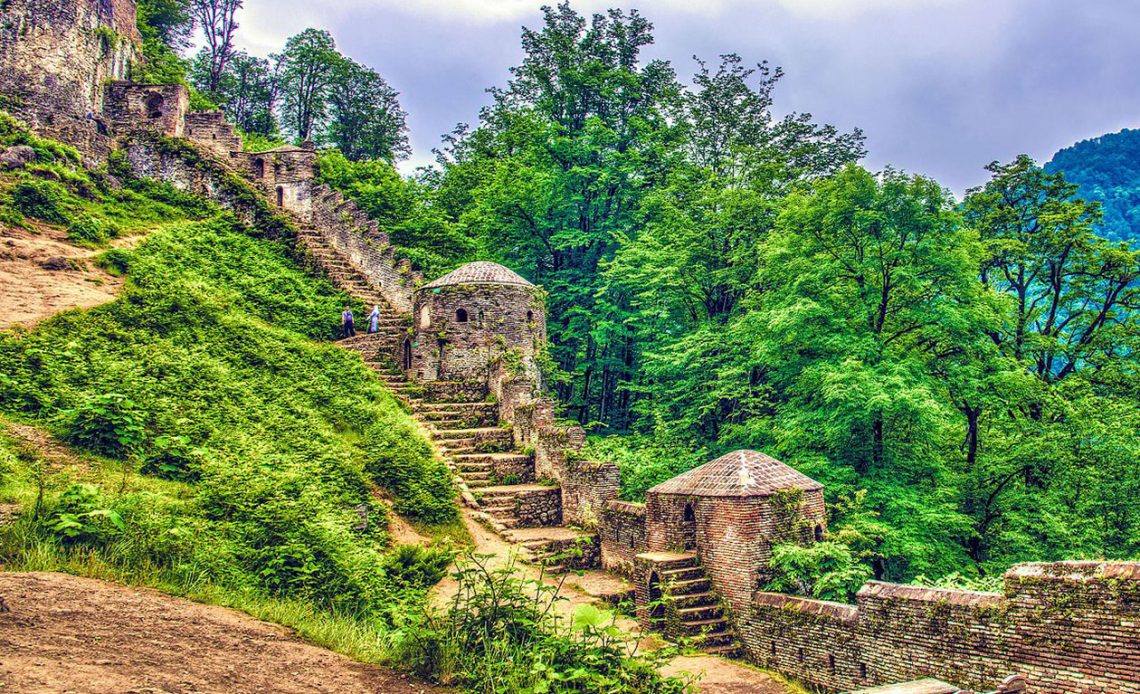 Iran has numerous castles. However, most of them are in dry areas. Rudkhan Castle is one of a few castles that is located in the forest.
Rudkhan Castle or Hesami Castle is the name of a historical castle, 20 kilometers from the south west of Fuman in Gilan Province. Some experts believe that the castle was built in Sassanid period at the time of Arabs attack to Iran.
This castle is located at a height between 665 to 715 meters from the sea level and a river with the same name runs beside it.

Rudkhan Castle was a military medieval fortress built during the Sasanian Empire (224 – 651 AD) to defend the northern part of the country from southern Arab invaders.

This large castle has been renovated and strengthened several times throughout the centuries. One of the most extensive restorations was completed during the Seljuk Era (1037 – 1194) where the castle was used as one of the many fortifications of the Ismaili State (or Alamut State).

The castle consists of several parts, most notable of which are the water reservoir, twelve gates, the prison, 42 watchtowers, housings, and the king’s quarters. The king’s quarters are located on the highest point of the castle and feature breathtaking views of the surrounding area.

In general, this castle is an important historical monument that has passed the test of time.

This castle is currently visited by tourists from Iran and other parts of the world. Rudkhan Castle is one of the most magnificent historical buildings in Gilan province which is located on the crest of a mountain and is called by locals “Zhiyeh Castle” 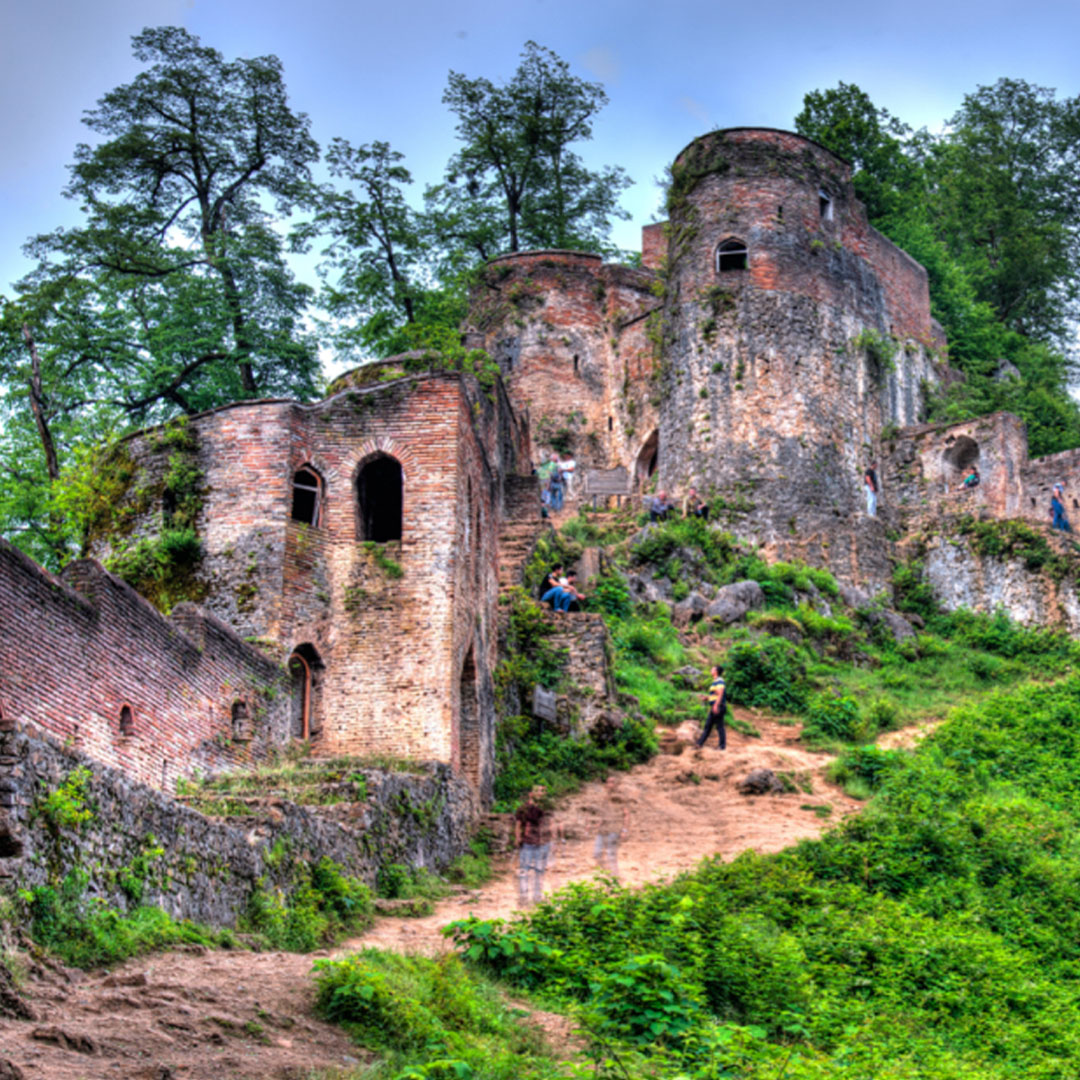 The possibility for travel in this place is different. Don’t worry about forgetting your meal. About 2 kilometers before getting the castle, there are many restaurants in which, you can have a delicious local cuisine.

There is a parking lot at the castle site. At the beginning of the rout, you can visit the local market, which sells a variety of local souvenirs and some simple equipment such as canes.

If you visit the this place  in summer, you can find a local ice cream, which calls it “ESKIMO”. It is a mixture of ice, Sour Cherry juice, salt and some spice such as Persian Hog-weed.

It takes about 2 hours hiking to reach there if you have a normal physical condition, otherwise it takes more than 2 hours. After crossing over the mountainous winding route and climbing the steps, the first thing that dazzles your eyes is its bi entrance gate.

Visiting this dazzling castle and picturesque landscape, make you an unforgettable and memorable adventure.

A river known as `Rudkhan Castle River’ also exists near the castle, which originates from the surrounding heights and flows from south to north. After crossing a mountainous winding route with dense forests, the first thing that one notices about the castle is its big entrance gate.

The entrance gate is set on the northern wing of the castle and is composed of a gate and two towers on its two sides.

Preliminary evidence uncovered by digging indicate suggest the foundation of the structure was built in the Sasanid era and rebuilt in the Seljuks reign. Still, there is no precise information regarding the date of its construction.

It has been continually used up until the Zandieh Dynasty. Above its front entrance is an inscribed plaque (which has since been removed and is currently on display in a museum in Rasht) stating that the fort had been renovated for the first time between the years 1539 and 1542 for Sultan Hesamoddin and during that time was also known as the Hesami Fort.